Palmachim seawater RO desalination plant has a total annual capacity of 100 million cubic meters. The facility is located at Palmachim Industry Park, at a distance of 500 meter from Palmachim beach. The project is one of the largest SWRO desalination plant in Israel and worldwide. It was part of a series of Public Private Partnership projects promoted by the Israeli government in order to bring the national seawater desalination capacity to a target of 600 million cubic meters per year.

Phase I of the project was constructed by the partnership of four companies, while GES was the sole process designer for the project. Later GES became the 100% shareholder and procured both Phase II and Phase III by itself, providing full scope of solutions, including finance, design, construction, and O&M services until 2015, when the plant was sold to the external investor.
The pretreatment stage includes a series of advanced chemical and physical processes, preparing sea water for the membranal stage. The membranal process is comprised of reverse osmosis (RO) desalination, based on technologically advanced energy recovery systems. The treated water at the posttreatment stage passes through supplementary treatments to adjust its quality to Israeli drinking water standards. 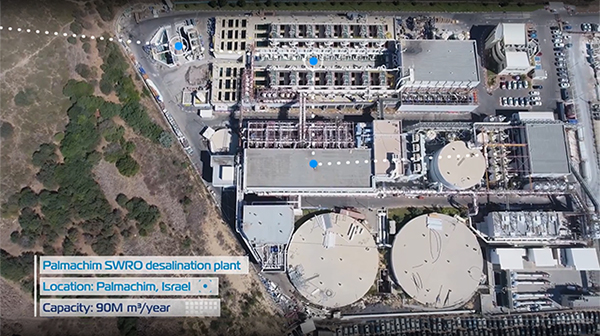 Learn more about our water treatment solutions CONTACT US